We have had a lot of inquires from local businesses and retailers about an AED recall due to a recent local incident.

We are providing some information here so you can assess whether your AED is affected and what to do about it. We do not sell Phillips AED’s but we have had a number of calls.

The recall on the Phillips AED device

Phillips had issues affecting 3 models of AED it sold worldwide which may affect 660,000 units. A quick google search reveals a number of news articles on the worldwide recall. The Journal article states:

The warning was issued by Philips after it identified a failure in how certain defibrillators alerted users about their routine self-tests via an audible chirp.

The company revealed that it became aware of 13 incidents where the chirp failed during treatment, and delivered at least one shock to the patient being treated before failing.

Among the cases where the patient outcome was known, 5 patients died and 2 patients were successfully resuscitated and survived”.

You can read the complete article  from October 2018 here

Specific advice from the company is available here

If you would like any advice about a replacement product and the AED that we recommend give us a call. Our mission is to get AED’s or defibs close to where they are needed.

We have a great AED package deal for our corporate customers. We are running out a few programs where shops, body corporates or even neighbours and houses in your street can band together and purchase an AED which includes free training from us. For example, if 12 people put in $200 we can supply an AED, a cabinet to house it visibly and training in its use.

HERE ARE SOME REASONS YOU NEED AN AED CLOSE AT HAND

“The survival rate for cardiac arrest in King County Seattle has risen from 27% in 2002 and hit an all-time high of 62 percent in 2013” If we could do as well as them look how many more people we could save everyday.

% of casualties die before reaching hospital

Australians could survive each day with a Seattle system

“Key Features” of our AED programs

Ease of use for the general public

The IP55 rated LIFEPAK essential AED is easy to use and requires no complicated processes, it is just so simple to use. Just turn it on, connect the pads and follow the prompts. It has adult and child settings with no need to change or buy extra pads.

Where should we put an AED? Consider

According to a new study published in the Annals of Internal Medicine, individuals working long hours are 67% more likely to suffer from a heart attack during their lifetime. When you purchase an AED from IPC we will provide you with a free awareness training package to fit your needs.

Customised AED training with every AED you buy from IPC

As a registered training organisation We can provide CPR training classes full training and support and supplies for your AED.

“Adopt A Defib” make an anonymous donation of an AED

We will sell you an AED with training and ongoing monitoring and support. One best for your needs and from us the people who use them everyday.

What to look for when you buy an AED?

Is it robust enough to handle our workplace environment and what are the replacement costs of battery and pads to ensure your AED is “ready to go”.

AED signs and public access cabinets.make your AED highly visible and accessible in an emergency.

Ease of Use and Training

Is the defib simple enough to be used by anybody following the instructions and voice prompts and with some basic training.

Do we need extra pads or equipment to treat children. Some AED’s can use the same pads on Adults and Children saving you stocking costs.

The absence of early defibrillation combined with CPR means that the chances of survival decrease 10% every minute that passes.

Full range of AEDs at Warehouse prices. Buy your AED from the most trusted profession, not a sales team 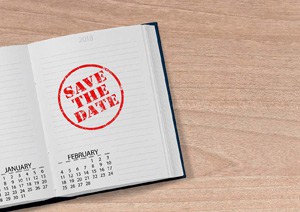